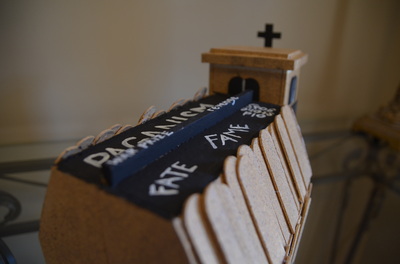 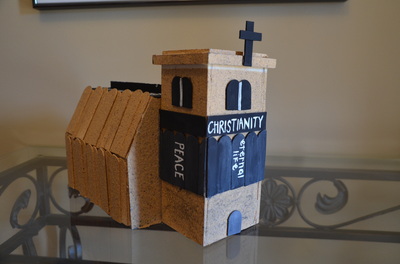 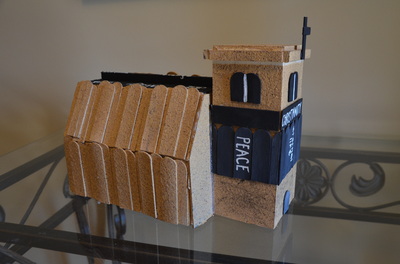 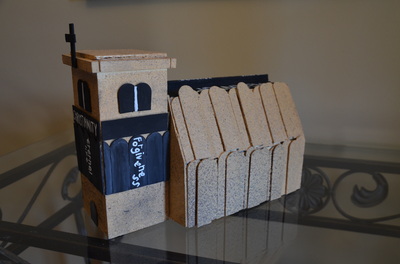 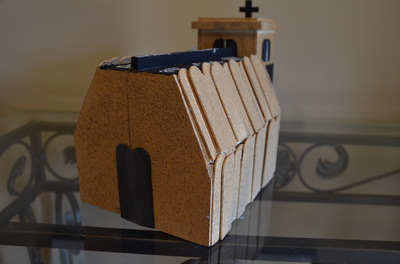 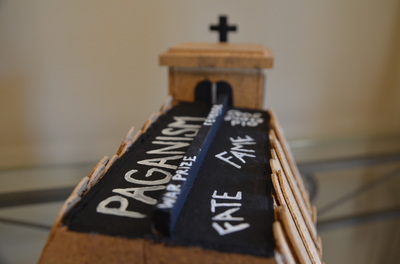 In Beowulf and Grendel, there is a constant juxtaposition between Christian and Pagan values.  This visual model represents the relationship between Christianity and Paganism with a church and a mead hall.  The two have been connected to show the back and forth “fight” between Christianity and Paganism.  The mead hall is structurally larger than the church because Paganism seems to take over and dominates the characters’ actions by the conclusion of the poem. Across the two combined structures are a variety of attributes/influences that can be seen as highly important to the idealism it's being related to.

Most Anglo Saxon structures were build out of wood, wattle, and daub, with the exception of churches.  Churches were usually built with stone because they were permanent buildings.  The architecture of churches was primarily simple.  There is usually a tower that was originally a defensive structure.  Windows were a narrow slit with a simple rounded top.  There wasn’t extensive detail added to Anglo Saxon structures.  A common element was a stone cross that signified a gathering place for religious observance.  Mead halls were built out of wood, wattle, and daub.  They were usually the focal point of the community.  Mead halls were structurally narrow, long, and much larger than most buildings.